Carl-Henning Pedersen was along with with Asger Jorn one of the country’s most highly gifted artists. In over seven decades he has with undiminished energy, created one work of art after another. Not without reason the artists was characterised as a fairytale painter, his picture-world populated with mythical beings seemingly from another world – magical and enchanting. The floating figures and the blue colour-scale has become his trademark and the characteristic expressive, imaginative and poetic imagery is well-known and loved by a huge audience.

As a youngster he works as a milk boy and engages also in communistic youth work. In the communistic environment he hears about the International High School in Helsingør and joins in 1933, where he meets the young Else Alfelt (1910-1974) who was already an stablished artist. They quickly become a couple and it is mostly due to Else Alfelt that  Carl-Henning Pedersen is introduced to modern pictorial art. He studies abstract paintings at the High School and reads about pictorial art in the library. His fascination leads finally to starting to paint himself 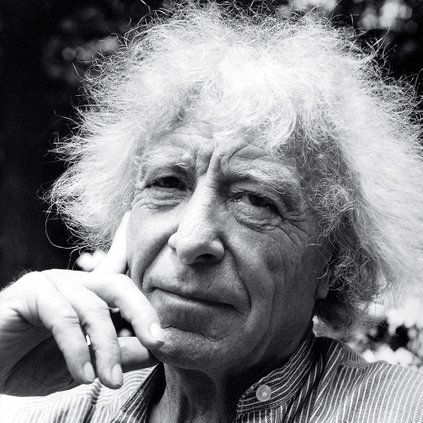 In 1935, Carl-Henning Pedersen marries Else and they rent a small studio. The following year, four of his abstract works are submitted to “Kunstnernes Efterårsudstilling”. Carl-Henning Pedersen’s meeting with Else Alfelt is decisive for the direction in which his life takes; he had previously considered becoming an architect or composer, but it is in pictorial art that he finds his purpose.

In 1950 Carl-Henning Pedersen made his mark with a retrospective exhibition in “Den Frie Udstillingsbygning”. He also made his name internationally when he joins the CoBrA movement with Asger Jorn in 1948. The movement only existed for three years before internal strife caused it to break up, but those three years made a huge mark and cemented his long friendship with Asger Jorn.

Carl-Henning Pedersen´s vision that the origin of art was neither academic nor acquired but rather spontaneous and individual, was met with sympathy amongst the other CoBrA members. As his reputation grew, so did his travels and throughout his career he worked in places like Greece, Italy, Switzerland, Norway, Iceland, France, Germany, USA, Turkey, India, Tunisia, Nepal, Morocco, Egypt, Israel, China, Martinique, Peru, Bali and Guadeloupe. During his travels he worked in smaller formats and his preferred materials were watercolour, pastel, crayon and Indian ink. He had a thorough and formidable technique and he mastered crayon like no other artist.

Galerie Birch had a close bond of kinship with the artists in the CoBrA movement and that included Carl-Henning Pedersen who became friends with Børge Birch. This leads to several solo exhibitions in 1974-81-83-84-85-86-87 and numerous mixed exhibitions.

REPRSENTED AT THE FOLLOWING DANISH MUSEUMS

Appointed honorary citizen and gets his own museum in Herning