Born in Nice in 1928 Armand Pierre Fernandez showed an early interest and talent for painting and drawing (inspired by Vincent van Gogh, he signed his early works using only his first name.) After a printing error in 1958 he chooses to use his first name (with the spelling mistake) for the rest of his carrier – Armand Fernandez now signed his name just as Arman.

As child of an antique-dealer and an amateur cellist, music and art was a big part of the household. After his studies at Ecole Nationale des Arts Décoratifs in Nice, Arman travels to Paris to study Art History at Ecole du Louvre. His works during these years consists primarily of abstract paintings inspired by Nicolas de Staël. 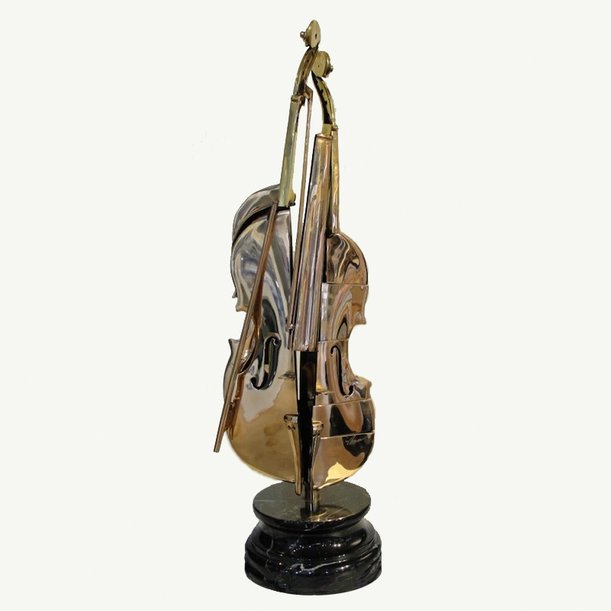 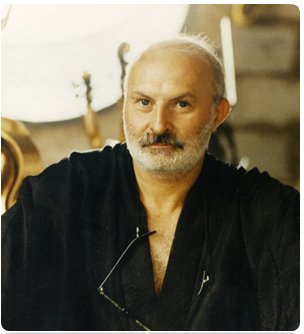 Arman often travels around Europe with his artist friends from Nice, Claude Pascale and Yves Klein. In this period Arman develops an interest for Eastern philosophy. Inspired by the Dadaistic collages by Kurt Schwitters, Arman holds his first solo-exhibition in Paris in 1954. Here he exhibits his “cachets” which are made of accumulations of stamps and torn-up pieces of fabric.

In 1960 together with his colleagues Yves Klein and Jean Tinguely, Arman signs the new-realistic manifesto (Nouveau Realism). The aim of new-realism was to create a new insightful approach to reality. This becomes a breaking point in Arman’s artistic direction, where everyday objects are lifted from the trivial to the aesthetic.

In the same year Arman exhibits a daring installation at Iris Clert Gallery in Paris. At the exhibition ‘Le Plein’, which in English means ‘Full up’, the gallery space was completely filled with trash – so much so that not even the visitors could enter the room.

From 1961 and forward, he creates the recognisable ‘coupés’ (cut-outs) which often consists of mass-produced objects that are pulled apart, and then put back together. He also experiments with setting fire to different objects, and once carbonised the residues get exhibited as art. In this period Arman’s artistic creation is through the destruction of itself. The viewer is forced to reflect on the entire concept of art.

Having called in love with New York’s artistic energy in the 60s, he moves into the Chelsea Hotel in 1967. In 1973 he becomes an American citizen. He establishes himself in New York, where he becomes even more ambitious and productive.

In the following years he carries out his ‘accumulations’ or clusters of tools, watches, jewellery and countless of other materials in plexiglass.

Arman lived in the United States until his death, but achieveed in his career to become one of the most exhibited French artists.