Rikizo Fukao travels from Japan to Europe in 1971, where he works as a programmer for the International Workers Association in Geneva. In 1975 he debuts with a solo exhibition in the town of Annecy in south-eastern France.

Rikizo starts painting at 24 years of age, however, it is only after he settles down in Paris in 1971 that art becomes a full time occupation. After many years of living in Europe, working from his studio in Auvers-sur-Oise, he begins to miss his roots in Japan and decides to once again immerse himself in Japanese art. Rikizo currently lives and works from both Paris and Kyoto.

Rikizo combines a Franco-inspired abstraction with a disciplined approach and great respect for Japanese tradition. His artwork has strong ties with Eastern calligraphy, for instance, with the Kanjii-technique. Rikizo’s idiom is based on complex monochrome combinations; black/red, black/blue (every once in a while green) or red/red. The surface is never flat, but appears with a contrasting geometry where a balance of tension is created through a play between matte and shiny surfaces. The structure and materials play just as crucial a part as the colour. 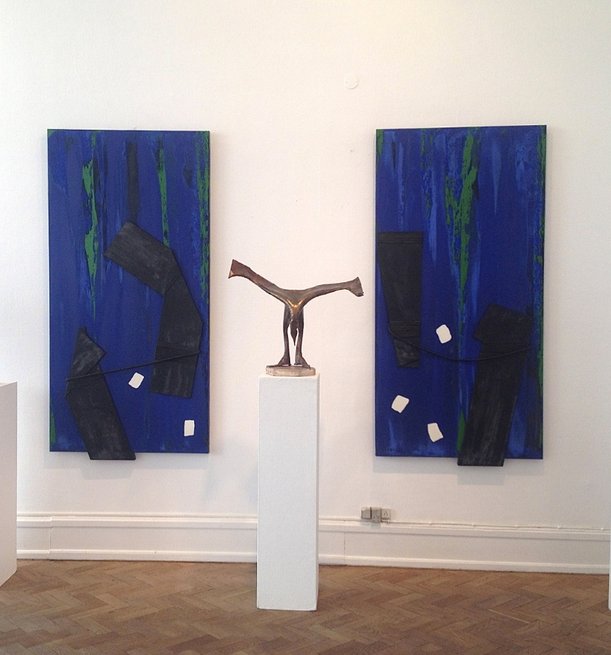 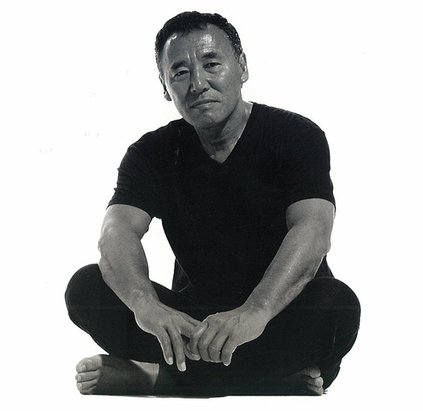