For a sort period Ting studied at the Shanghai Art Academy before sailing to France where he arrived in Paris in 1950, without money, friends or shelter over his head. After eight years in Paris, Walasse Ting had finally managed to build close relationships with several of the CoBrA artists, especially Pierre Alechinsky and Asger Jorn. Ting travels to New York in 1958 and meets Sam Francis at the same time as abstract expressionism is most prevalent. The two artists become very close friends and Ting is obviously inspired by Francis.

Børge Birch becomes acquainted with Walasse Ting through Pierre Alechinsky, who recommended him to do an exhibition in Galerie Birch, Copenhagen. On the 5th December 1960 Galerie Birch opens the doors to its first exhibition with Walasse Ting, with 19 paintings and eight ceramic plates. The success is great and a number of other exhibitions follow, in 1963, 1972, 1973, 1975, 1980 and 1981.

In the seventies Ting develops his characteristic style and in contrary to in his time in Paris, he begins to sell a lot of paintings. After more than 20 successful years in New York, Walasse Ting moves to Amsterdam where he has a studio.

Walasse Ting is easily recognisable by his colourful, clear pallet with peculiar light, his figurative motif choice and almost flamboyant style. His seducing and magical world is a pleasure on the senses and appeals to those who share his passion for beauty in the natural world. The artist uses acrylic with virtuosity so it appears feather light and transparent like watercolours.

Walasse Ting was honoured with The Guggenheim Fellowship Award for Drawing in 1970.

Galerie Birch has in close contact and cooperation with Walasse Ting for many years and had a thorough knowledge of his artworks. 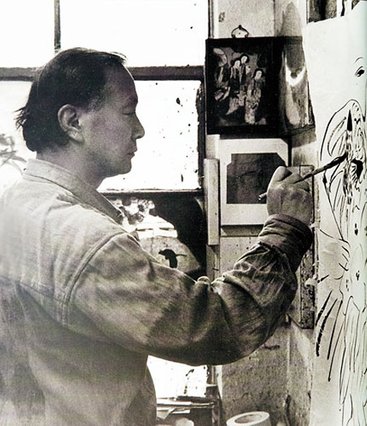 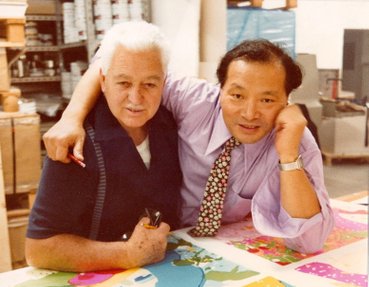