From 1947 to 1951 Reinhoud studies at L’Ecole d’Architecture et des Arts Decoratifs in Brussels, a school for architecture and decorative art. During this time, he also works as an apprentice for a Goldsmith.

Reinhoud D’haese originates from the city of Grammont in Belgium, but moves to France at a young age where he spends the rest of his life in the small village of La Bosse, just outside Paris. Here he lives and works until his death in 2007. In 1958, six years after the CoBrA movement ends, Reinhoud begins to create his now famous sculptures and decides to go only by his first name.

Reinhoud’s sculptures are expressive and slightly surrealistic, forged in copper, lead and tin. He creates his own universe of mischievous and mysterious figures, harmonically linking him with the playful and spontaneous style of the CoBrA movement.

Reinhoud’s characters are based on recognisable motifs, such as the bird and mask. These motifs in particular resonate throughout the imagery of the CoBrA artists.. Singularly, they represent different archetypes spanning across the scope of the human psyche. They create a living universe, enriching our world with their own. 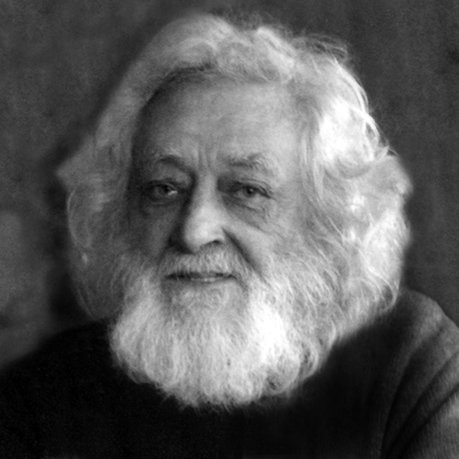 Reinhoud himself was strong but quiet of nature. As a child he suffered from polio, which isolated him from the other children. He mostly kept to himself, never seeking attention or self-promotion. In describing Reinhoud’s work, Pierre Alechinsky characterises them as bearing the mark of a physically challenged individual’s search for balance.

It is precisely the play between asymmetry and balance which gives life to Reinhoud’s figures. Symmetry is static, whereas asymmetry is dynamic. Reinhoud’s sculptures are caught in the midst of a movement with a certain lack of balance, instantly recognisable from our own human form. Like Asger Jorn, Reinhoud gives his sculptures humorous and ambiguous titles. They are often personal portraits of specific individuals around him, each displaying unique characteristics.,

Reinhoud is introduced to the CoBrA movement by his friend and colleague Pierre Alechinsky, with whom he shares a studio for many years and is also one of the first to move into one of the two CoBrA houses in Brussels. He participates in several CoBrA, including the final show in Liège in 1951.

Alechinsky and Reinhoud work together closely for many years. These two very different personalities work side by side; Reinhoud with his coarse metalwork – Alechinsky with his delicate paints and elegant illustrations.

Despite these obvious differences there is a mutual sense of understanding and inspiration: one day in the studio Reinhoud peels an orange into a perfect spiral (just as a sculptor would do). This makes a big impression on Alechinsky, and becomes a source of inspiration to his drawing technique. These spiral and curved shapes become part of a shared imagery as well as a mutual point of departure of their individual expressions. From this a lifelong friendship ensues.

Børge Birch is introduced to Reinhoud even before the CoBrA movement started during a visit to Alechinsky’s country home. Reinhoud and Birch quickly become friends and during lunch he offers Birch a small gift: with his large hands, Reinhoud carefully hollows out a piece of bread and begins to chew it. He then begins to shape this chewed mass into a small figure. This small lump of bread fascinates Birch so much that he suggests coating it in silver in order to preserve its shape. This is the beginning of a long and favorable partnership between Reinhoud and Birch, who exhibits the small bread sculptures at the very first of Reinhoud’s many successful shows at Galerie Birch in 1961. Reinhoud revisits the gallery many times in the following years with shows in 1965, 69’, 73’, 77’, 85’, and 1986.

In 2012 Reinhoud’s son (film producer Blaise D’haese) creates the documentary REINHOUD MON SCULPTEUR, a peculiar and honest portrait of Reinhoud – as father and sculptor living an isolated life with his family and sculptures. The film is a compelling portrait of the individual, the sculptor and most of all his creative universe.

REPRSENTED AT THE FOLLOWING DANISH MUSEUMS

1957: Prize of the "Young belgiske Sculpture"