In 1977 Jan Sivertsen is accepted by The Royal Academy of Arts in Copenhagen, under the tutelage of Albert Mertz, Robert Jacobsen and Sven Dalsgaard. It is a thrilling time, where he is introduced to many new artistic ideas. He debuts at the Charlottenborg Spring show of 1979, where he once again participates at the Autumn show the same year.

In 1982, inspired by his teachers’ experiences abroad, he travels to Paris. Here he immerses himself in the French spirit, and develops a particular interest in the coloristic techniques of Eugene Delacroix, as well as the poetic universe and postmodern philosophy of Rilke. In Denmark the avant-garde movement with its roots in punk is quickly gaining momentum. The group show ”Kniven på Hovedet” (literal meaning: The Knife on the Head and) at Tranegården in Gentofte becomes a breakthrough in Danish art. From this moment, many of Jan Sivertsen’s friends from the academy become the main representatives of a new style named ”De Unge Vilde” (The Young Wild Ones).

Jan Sivertsen extends his stay in Paris, in order to continue his studies at L’École Supérieur des Arts Décoratifs, and becomes a private student of painter Jean Dewasne. Aside from a brief stay in Berlin (2007-2011), Sivertsen has been living and working in Paris ever since. 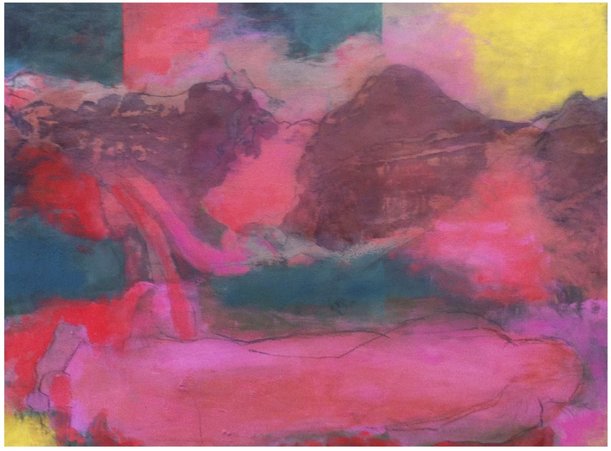 Jan Sivertsen’s imagery is based on combining abstract expressionism with certain figurative elements. With almost scientific precision, he processes and defines the work until a unique expression is achieved. Jan Sivertsen’s style is also characterised by his distinctive use of colour. His work often embodies dreamlike shadows of human figures, embedded in surface of the painting evoking spaciousness and depth. Jan Sivertsen’s expression is often considered characteristically Nordic in style, despite the fact that he has been living outside Denmark for a considerable number of years. Through this distance he has gained a larger perspective, which has contributed to a depth of colour and particular use of light.

On the 24th of May 1983, Børge Birch rings the doorbell of our apartment in Paris. He exclaims “Oh, there you are!” before he storms into the apartment (it should be noted that I had never met him before in my life). Within few moments he purchases four paintings, from which the money was very much needed. As he walks out the door, he asks me if I would be able to have works ready for an exhibition the following year. I spend the next days figuring out who this man is, and it slowly dawns on me, that I have just entered one of the very big galleries. This is a huge deal for me, and within the space of a few days, my life takes a new turn. And so it begins with a solo show in April of 1984. The exhibition is a success, as is our incredible partnership and dialogue, which lasts until Børge has neither the will nor the strength to carry on.

There are many stories about Børge’s grandiosity – one of them is of how I got my first studio in Paris. In December 1985 I am suddenly offered to take over one of the studios at the Place de La Bastille. The French agent who is in charge of the studio says that there is a great interest in it. I tell him that I am very interested, the only problem being the down payment of 100.000 franc. (around 115.000 Danish Crowns). Even at those days, this was a lot of money, and I had none whatsoever!

I try calling Børge at the gallery. It is the night before Christmas, and I get hold of his secretary Aase, who is quite strict, and very protective about Børge. She informs me that Børge and Karie have gone on holiday in Spain, and that I could try calling again in January. After a lot of talking I manage to get their precise whereabouts out of her. They are staying with “Oste-Olsen” (Cheese-Olsen) at Costa del Sol. I even manage to get a direct phone number, which I immediately call without hesitation. At first, someone else answers the phone – naturally believing that something serious has happened, soon Børge himself comes to the phone:

“What do you want?!” he says dryly (I have clearly overstepped the line here).

I begin to explain a little clumsily: “You’ve always taught me, that I should be sure to always stay indebted to my art-dealer…. could you lend me 100.000?”

I can hear him nearly falling off his chair. First he becomes angry, and starts reprimanding me for interrupting his holiday just before Christmas and with such an insane request!

“And what do you need it for? he teases… caviar and champagne?”

“No. I need 100.000 for the down payment on a studio in the middle of Paris, in ”Passage de la Main d ́Or”, meaning “the passage of golden hand” (I can sense he quite likes the sound of that – so I continue boldly) and it has to be paid next week…”

“Will you receive a contract for it in your name?” he asks.

“But it has to be in Francs!” I say in utter disbelief.

“Yes alright, then consider it an advance payment for the next exhibition – and Merry Christmas to you...”

“Merry Christmas…” I manage to stutter, before he once again disappears.

At first I believe it must have been a hallucination, but the money arrives by express transfer only a few days later, and I get my studio, where I end up working for many years. Of course, I repay him after the following exhibition in April 1986. Børge loved this story, and happily came to visit the Bastille studio many times. Now I have another studio not far away from the old one, and so another era begins.

Completes his studies at the school of sculpting under Professor Sven Dalsgaard, Albert Mertz and Robert Jacobsen.