Bengt Lindström grew up in Storsjökapell, a small remote village in the Norrland-province of Lappland with a modest population of around 200. The vast mountainous landscapes serve as an ideal source of myths about witches, trolls and shamans, all playing an integral part of Lindström’s imagination.

As a child, Lindström forms close bonds with the local Sami population, who include him in their magical rituals. At 10 years old he leaves Storsjökapell in favour of the coastal town Harnösund. Here, he begins to paint and draw.

In 1944 Bengt Lindström is accepted to the Isaac Grünewald Art School in Stockholm. The following year, he applies and is accepted into the Royal Academy of Art in Copenhagen. He studies drawing under the tutorship of Danish painter Aksel Jørgensen. In 1947, he decides to move to Paris in order to study with André Lhote and Fernand Léger. 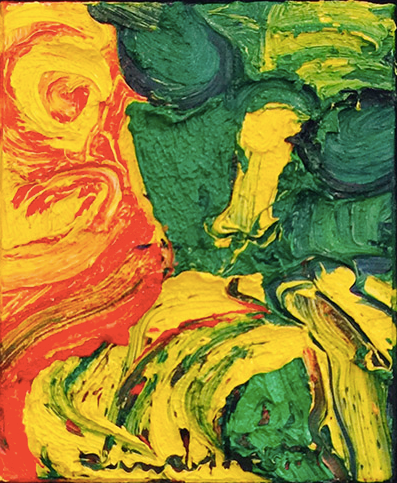 In the years 1953-1967 his graphic work becomes more refined, influenced by working with printmaker Christian Bramsen at the prestigious Atelier Clot, which already had a solid repertoire of in-house artists from Edvard Munch to Asger Jorn. In Bramsen, he finds a a teacher whose work ethic is essentially tied with the artisanal traditions of his trade. During the Paris years, he exhibits several times with the group Nouvelle Figuration, and soon establishes a partnership with Galerie Ariel.

In 1965, during a brief stay in Copenhagen (recommended by his good friend Asger Jorn, whom he met in Paris), Lindström meets Børge Birch for the first time. Lindström forms a lasting friendship with Børge Birch as well as with several artists from CoBrA. Børge immediately offers Lindström his first solo exhibition in Copenhagen the same year. Following the success of his first show in Copenhagen, Lindström participates in several group exhibitions in Galerie Birch, but does not directly become part of the CoBrA group, despite the expressionist elements they have in common.

He is best described as unique and untamed in the finest sense of the word.

Following Asger Jorn’s footsteps, Lindström travels to Albisola, Italy in 1997. Here he begins work on a massive 30-metre tall fresco as a commission for the city of Örebro, one of many public commissions in Sweden and the Lappland.

As only very few artists, Lindström lives to see himself become one of Sweden’s most celebrated artists. His creations illustrate an almost spiritual process, conjured by a controlled wildness. The pictures are dramatic and full of contrast, filled with distorted figures in indefinable space. The mystical elements can always be traced back to Norrland, whose mountains Lindström would often wander as a child.