In his youth, Jens Birkemose studied composing and music theory at the Copenhagen Conservatory.

He later switched to the Royal Academy of Arts and the Acedemie des Beaux-Arts in Paris, where he specialised in painting and printing. In 1991 he received the prestigious Eckersberg Medal for his contribution to the arts.

Birkemose spent several years traveling in the U.S. and France and has been living in Denmark since 2010.

His style is colourful and expressive and often contains abstract motifs. Birkemose's work is represented in The National Gallery and Aarhus Museum of Art. 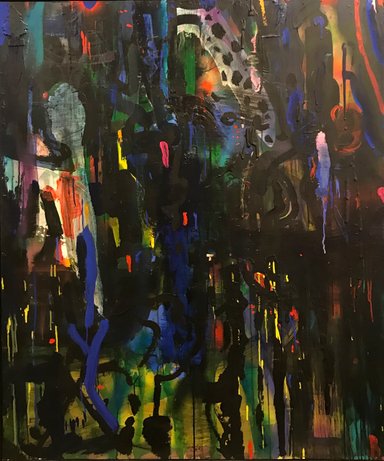