At 17, Albert Bitran leaves his hometown of Istanbul to study architecture in Paris. Inspired by this vibrant art mecca of Europe, he shortly after abandons his studies in order to devote himself to the arts.

As a young man of 20, he has his first solo exhibition at the prestigious Galerie Arnaud, where he exhibits his geometrically inspired paintings. In 1954 he exhibits at Galerie Denise René, where he meets writer and patron Henri-Pierre Rochée, who writes the preface for the catalogue. Rochée is deeply engaged in the artistic avant-garde, and quickly takes the young artist under his wing.

By the end of the 1950s Bitran begins to experiment with a more liberated, expressive style, where his art is characterised by the interaction between linear shapes. The works are inspired by lyrical prize and contains architectural elements. He exhibits several times at Galerie Ariel, who’s prominent owner Jean Pollack shows a great interest in abstract painting.

Bitran becomes a French citizen in 1958, and creates a printing workshop in Rigny-le-Ferron. Through this he begins to work with various graphic techniques, in particular etching and lithography. Bitran has his first exhibit with Galerie Birch in 1961. This is Bitran’s first show in Scandinavia, of which there are numerous in the following years; 1963, 1964, 1965, 1967, 1974, 1979 and 1983.

Today, his work is represented at leading galleries and museums worldwide. 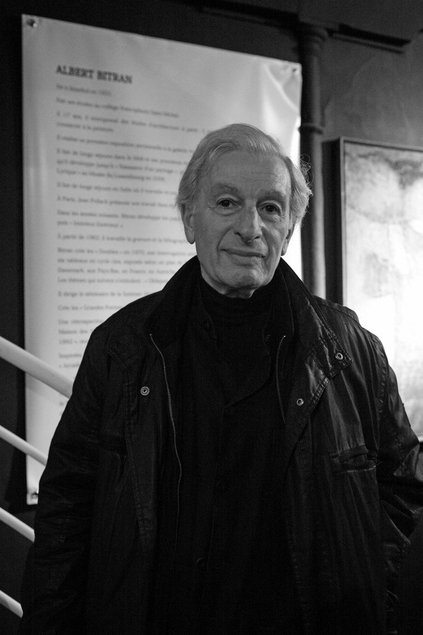 REPRESENTED AT THESE DANISH MUSEUMS